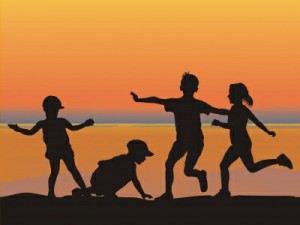 Image courtesy of Vlado at FreeDigitalPhotos.net

Any family who has even thought about homeschooling let alone actually started knows what the “s” word is in regards to home educating. That’s right. Socialization!

I’m really not sure why so many folks out there feel that home educated children never see anyone but their own family members – ever – but it seems to be the prevailing thought. Many people feel that if your child is not sitting in a government school all day, they will never learn how to properly socialize with other people. Let me reign in my sarcasm here for a moment.

In government school a child is in a classroom environment. They are with 15-20 (or sometimes more) children of their own age. The interact with a few adults and actually have little time when they can really just chat and socialize with their friends. Many schools (just do a simple Google search) have implemented policies that do not allow children to talk during lunch. At all. They obviously can’t talk during class time either. There are even a number of schools in various states who are eliminating recess. So when does a child in public school even have time to “socialize?”

Let’s look at what that word means. Merriam-Webster dictionary defines it like this:

socialization: The process by which a human being beginning at infancy acquires the habits, beliefs, and accumulated knowledge of society through education and training for adult status

Please show me one work place environment that groups their workers by age. If socialization is suppose to prepare a child for “adult status,” I have to say that I think the government school setting is a poor substitute. Nowhere does it say that this process can only occur in a public school setting. In fact, the majority of homeschoolers I have met have shown that their children have a better sense of socialization than their public school counterparts.

Yes, there are those homeschoolers who are awkward and have a hard time communicating with adults and other children. However, there are also public school educated students who have the same difficulty! It’s a stereotype that really needs to stop.

The majority of homeschoolers (remember, I did say there were a few odd balls out there – just like every type of people group) do spend time at home together as a family. However, they spend a lot of time out during the week as well interacting not only with other children the same age, but also with a variety of adults in all walks of life. They attend co-ops, music lessons, extracurricular activities, clubs such as Scouts or 4H, community service and go on field trips galore!

In all of those situations, homeschoolers are able to socialize with not only children but adults. I’ve been told many times how well behaved my children are after we are in a situation like this. My children know to introduce themselves, shake hands, make eye contact, and answer questions. They don’t duck their head and hide. While they may be out of their comfort zone and feel a bit shy, we have worked over the years to teach them social etiquette. Many time I even have to shoo them off to play with the other children instead of staying with the adults. After all, moms need some socialization as well!

Lastly I want to address one last thing a lot of people overlook regarding socialization. It matters who your child socializes with not just that they simply do. This is one thing I have been very diligent about. I don’t just want my children being influenced by just anyone. That is a big reason why I opted to homeschool in the first place. I want them to be influenced or “socialized” by people and, yes, even children, who make them better. As a direct result of home educating, I have the ability to put them in situations and with people that do just that.

I’m not naive enough to realize that my children won’t encounter people and situations in their life that will be difficult. After all, we all have had those times when people just make life hard. However, by simply making sure those situations aren’t encountered on a daily basis, they have time to grow and mature and gain confidence enough to handle them when they do.

Now that I’ve been homeschooling for awhile, I can simply shrug off the naysayers. I’ve seen that my children have the ability to socialize in a manner that most children don’t encounter in their daily lives. I know that my children are well socialized. They all have massive amounts of self-esteem and coping skills. Just ask them. They’d be happy to tell you.